I know that you’ve heard the reports of the beginnings of AIDS, but did you take the time to do your research like most Americans DON’T before they start acting like they are the foremost authority…when they have no f***ing clue! Let’s get the obvious rumors out of the way for the record…

Myth #1: AIDS originated in pigs, horses, sheep, etc. and was then transferred to the human race by some weirdo having sex with said animal. Wow, we’ll believe anything.

Myth #3: AIDS originated in Africa. The poor neighborhoods in Africa had no disease and no problems until US “intervention”. I quote intervention because it was an installation of a Holocaust on the African people. Since they were “animals”, our government thought it would be OK to experiment with a deadly, man-made disease on helpless, unsuspecting humans.

THE TRUTH AND THE LIES

The myths above were planted in the media, with the knowledge that rumors and hearsay spread like a brush fire in California among Americans. Say thank you to your government for wasting YOUR tax dollars to unleashing a plague on YOUR children and fellow man. The sad thing is, most American citizens will do nothing while more and more money is taken from their checks, poisons are put into their food, laws are made to nullify their rights, and your US government raids the social security trusts that will be depleted in 5 years. I prognosticate no one (meaning the majority) will lift a finger to stop the injustice being laid upon our shoulders.

Realigning with the AIDS epidemic, AIDS has specific receptors on it’s surface specifically engineered to bind to a humans cells, minorities in particular. Understand, if you are of European Nordic descent, you have a CCR5 Delta 32- receptor site, making you immune to the HIV virus. Fifteen (15) percent of the US population (Caucasians) have this gene. If you are not of the above-mentioned descent, you have the CCR5 Delta 32+ receptor site, meaning you are receptive to AIDS. Notice the negative (-) and positive (+) at the end of the receptors. They are markers for HIV+ and HIV- individuals. Nice correlation don’t you think?

Let’s get down to it. Our government started experimentation on the Visna virus in 1949, which is oddly similar to the HIV virus. Tests were run on sheep which turned out to be inevitably fatal. Foreign scientists were recruited to engineer a virus for population control later in 1964, when the HIV virus was engineered for dissemination in the 1970’s. I know this might sound like a conspiracy theory in part, but I would not write it if it were not backed by solid, documented proof. You can find the US governments “Special Virus Program” documents on file in your local library, where they’ve concocted certain viruses for the elimination of targeted segments of society, the most hunted being African Americans.

Under the cover of cancer research and clinical trials, the United States laced smallpox vaccinations with HIV in African subjects to watch the “fallout” and widespread effects on a population. In the exact same year, 168 openly gay men were told they were being given a Hepatitis B vaccine, but was also spiked with the HIV virus to try to induce genocide among the gay population. The kicker in this whole thing is there was a patented cure found filed in 1996 with the United States Patent Office. Here is the information if you’d like to do your own homework on the cure for AIDS…

This cure for AIDS could be found on store selves in small pharmacies and “mom and pop” shops across the country, but no one knew about them. The product was called Tetrasil (Tetrasilver tetroxide). Slowly, it disappeared from shelves and after five years, this product was not to be found again. Could that be your government at work again? Hell yes! Organized crime at it’s best…the mob ain’t got sh** on the US government.

The second cure for AIDS is based on stem cell transplants from other immune donors. One man in Berlin was cured of AIDS by receiving a transplant from a donor who was of Northern European descent. Those people who have the CCR5 Delta 32- gene from both parents have a strong immunity to HIV. Harvesting these cells from a resistant donor and transferring them to a patient in a bone marrow transplant has now been proven to cure AIDS and HIV.

Now that we have two (2) viable cures for AIDS, watch out for the next super germ to be pumped into the mainstream, compliments of the scum of the f***ing earth, the United States government. This is still the best country in the world by far, but that doesn’t mean we can’t call it like we see it. The truth is what everyone is searching for, but when you find it, what do you do? 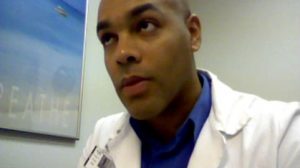